Seriously. What is your opinion on this?

Goethe In Love: “It took a broken heart to inspire him to greatness…” This movie is about aspiring German poet, Johann Goethe and a young love with Lotte. Their romance is innocent and sweet, but impractical as Goethe has yet to develop his career, and Lotte’s father is looking to marry her off to a rich man who can take over as family benefactor. Amid the romance, Goethe has to deal with druggie friends and a father who is disappointed in his son’s passion for poetry and lack of interest in Law. Their feelings for each other are growing until there is a bit of a twist and there is some good ol’ love triangle shit going on. This movie definitely pulled at my heart strings, and left me feeling nostalgic, but also happy for how Goethe turns out. “We will always be together. if not in life, than in poetry.” I’m not going to copy it all here, but I found this wikipedia page on quite entertaining, especially the “Cultural Impact” section. Apparently Napoleon Bonaparte was a fan. BO$$.

Spring summer fall winter and spring: (link to watch it on youtube!) It is a sweet tale about a Buddhist monk who is training a young boy. It follows the boy as he grows and encounters challenges in his spiritual lifestyle. “The film is divided into five segments (the five seasons of the title), each segment depicting a different stage in the life of a Buddhist monk. The segments are roughly ten to twenty years apart, and the action of each takes place during the season of its title.”

The Human Experience: This movie is a documentary made by a few guys from NYC who go on a quest to “find themselves” and just answer some of those fundamental questions we all ask. They start off by living with the homeless in NYC, and end up in various parts of South America and Africa. This movie is very touching and eye-opening. Just stop it like 5 minutes before the end cause his final words are a bit “duh” and cheesy. I found it very inspiring and moving and it even managed to pull out a few tears.

Silk: on youtube! A really sweet love story about a man who starts traveling to Japan to bring back silkworms to grow the economy of his small town, and the love of his life who he leaves behind each time. It is about his deepening understanding of his feelings for her, and what he learns about himself along the way. Really good, sweet and inspiring.

Caramel: Lebanese romance. “Layal (Nadine Labaki) works in a beauty salon in Beirut along with 3 other women. Each one has a problem: Layal has a relationship with a married man, Nisrine (Yasmine Al Masri) who is no more a virgin, will soon be married, Rima (Joanna Moukarzel) is lesbian and Jamal (Gisèle Aouad) is worried about getting old. Rose (Sihame Haddad), a tailor with a shop next to the salon, is an old lady who devoted her life to take care of her older sister, have found her first love.”

I am a sucker for romantic Hindi movies. Maybe it’s the Punjabi in me, but I absolutely love it when everyone breaks into song and dance and when the couples have these cutesy chase scenes in random places. Also, I really love period pieces about ancient times of kings and queens. This movie takes place in beautiful temples and everyone is always dressed in exquisite jewel-studded swaths of silken beautiful-ness.

I threw out my back this morning…sad day, but on a positive note, it did give me an excuse to watch this 3 hour Hindi movie which I’m sure I would not have allowed myself to do under any other circumstances.

I have a serious celebrity crush on Jalaluddhin Muhamad Akhbar….too bad he died in 1605. Jodha Akbar, is based on him and his wife (well she was one of his 30+ wives really) who was influential in his court and on him becoming more tolerant of other religions since he was a Muslim and she was a Hindu.

I know that this movie has idealized him, but I don’t really care cause I’m still pretty smitten with the way they portray him as so honorable and respectful. Surveying his wikipedia page, this popped out at me: “He is most appreciated for having a liberal outlook on all faiths and beliefs and during his era, culture and art reached a zenith as compared to his predecessors.” Hot.

“Akbar adopted the Sulh-e-Kul (or Peace to All) concept of Sufism as official policy, integrated many Hindus into high positions in the administration, and removed restrictions on non-Muslims, thereby bringing about a composite and diverse character to the nobility.  As a mark of his respect for all religions, he ordered the observance of all religious festivals of different communities in the imperial court.” Why don’t we have rulers like this nowadays?

This is a great post about his religious views It seems that his religious tolerance was affected mainly because of his mother, contact with Sufis and his Rajput wives, mainly Jodhaa Bai (who was the Hindu one).

Why are so many people concerned with their religious title? What faith do you identify with? What ARE you? What do you practice? What do you believe in? Why does it even matter? When it comes down to it…it really doesn’t matter at all. I have met people who didn’t identify with a religion but were the most selflessly caring and uplifting people I have met. I know other people who wear traditional religious garb, recite daily prayers, and do all the “right” things according to their faith, but they can be extremely rude, negative and inconsiderate. A religion is a positive influence on your life if the teachings go into your heart and soul and cause you to be a better person because of it. Take the best and leave the rest. Organized religion in general I feel has some major faults. There are many aspects of some of the ancient religions that have been altered at some point not to bring people closer to their God but to control them. It is important to always go back to the core teachings and re-question yourself what they are really saying, and what are they saying to YOU. Your relationship with your spiritual beliefs is unique and your connection to whatever you believe is not going to be the same as the next person. What do you think?

Just love, serve and try not to hurt others.

Enough of this serious talk…back to the my new celebrity crush. Can I still call him that if he has been dead for 400+ years? I appreciate that there are such sweet love scenes in this movie. I’d rather see this than a full-on sex scene hands down any day.

This is another one of my favorite scenes. The Sufi chanting is just beautiful and their dancing is beautiful and it is really sweet how he gets up and dances with them at the end    🙂   The dance that Sufis do is so peaceful. That is their form of prayer, to dance to the divine. Love.

Follow Musings of a Music Fanatic/ World Traveler on WordPress.com 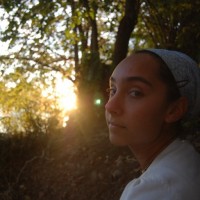 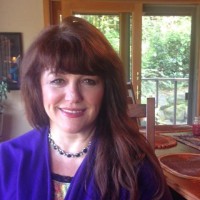 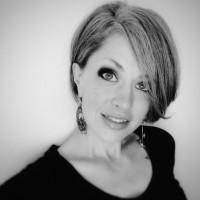 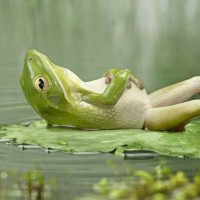 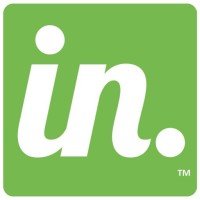 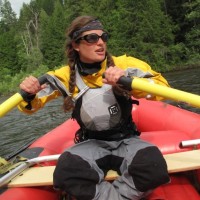 "Your Path to Health, Well-Being and Life's Success"

The Diary of Lauren Mokasdar

A Word in Your Ear

Stories and Photographs of my travels, Tales of friends, family, animals and my life

The Art of Change

It's called the Truth

Letters- To My Master
Rodposse.

Getting to know the world

saving for the next adventure